At 5:30am we were greeted by someone bringing us a tray with the makings for coffee, tea, and hot chocolate, along with the African staple of rusk (like our biscottis). We enjoyed this as we finished dressing and then went to the lodge at 6:00am for the first drive of the day.

While in Mashatu, we had seen three of Africa’s “Big Five” – the lion, leopard, and elephant. Yesterday we saw the rhino.  We had just one more animal to sight and we would have a successful sighting of all “Big Five” – the cape buffalo.  After watching a beautiful sunrise, we sighted a hyena, stalking something.  After watching for a few minutes, we learned that it was our illusive # five – a cape buffalo! 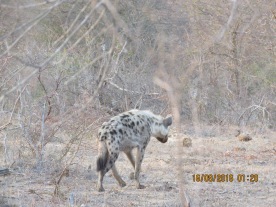 Continuing our drive, Godfrey and Glenn took us to an area where one of the elephants was working hard to uproot a tree. 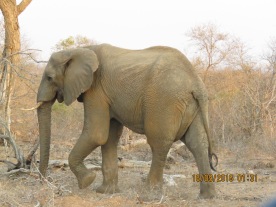 Each turn reveals more and more animals. The men in the jeep were convinced the egyptian goose squawking at the other goose was a female complaining because he did not take out the trash! The platform at the waterhole is the type that the camps use for their stargazing adventures. 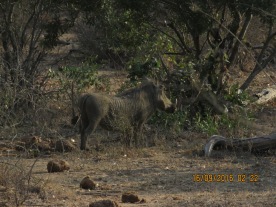 Breakfast at the open facilities along the river bank (dry this time of year) was such a delight.  The smell reached you as soon as we approached in the jeep. We knew food cooked over an open fire had to be out of this world – it was! 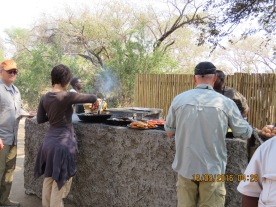 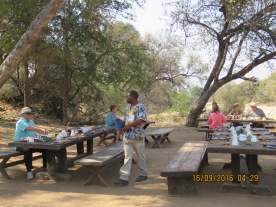 After breakfast it was back to the camp to rest until another fantastic meal at 1:30pm prepared by that great chef, Ryan. When we heard the drums we knew it was time to feast. A visit to the waterhole let us see elephants just outside the electric fence. That fence is the only thing that keeps the elephants out. All other animals can come in, including the Nyala, which were all around our tent. After an afternoon siesta we were back to the lodge for “High Tea” and the evening drive. 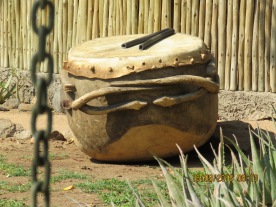 Godfrey and Glenn continued their magic show, with different animals sightings.  While chasing a  leopard, the jeep got stuck.  Everyone, but me, got out and Glenn jacked up the jeep to get it cleared.  Since I  had already tangled with branches in Mashatu, I was glad when they decided to leave me in the jeep! 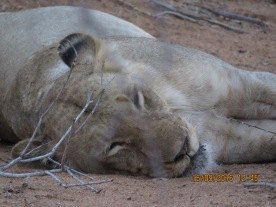 What a beautiful evening, a full moon, and a surprise by Godfrey and Glenn – a bottle of champagne to celebrate my birthday again! 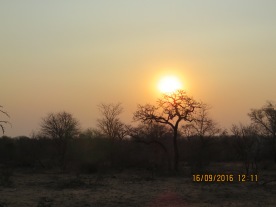 Back at camp we were escorted to and from our tent for an evening of good food and fellowship with our new friends.  But the greatest time was being with my best friend!